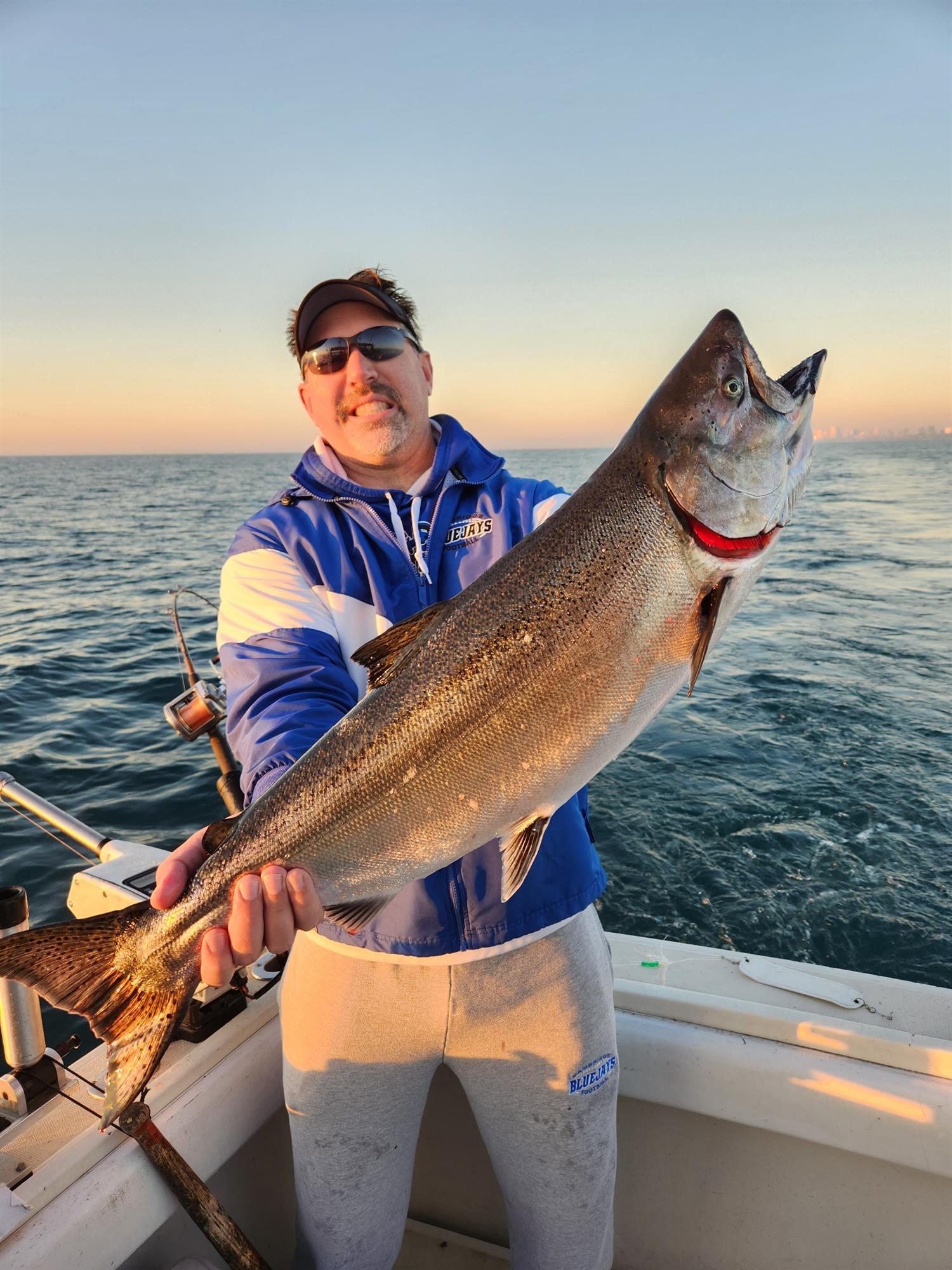 Chinook salmon start to stage for spawning in late August and early September. This means they will swim back to the rivers they were stocked in and swim around that area until they are ready to go up river and spawn. Only the mature Chinooks spawn for the most part, so these are the biggest ones in Lake Michigan. They reach maturity at three to four years old. When Chinook salmon spawn they are between 12 to 35 pounds, depending on how much bait was in the system during there life cycle. When they spawn they die. The Chinook salmon in this picture was 23 pounds and was caught in mid September about 4 miles north of the harbor. It was swimming toward the Milwaukee river. Milwaukee charter fishing at this time of year can happen right in the harbor or even trolling up and down the river. But this fish was caught out in the lake in 100 feet of water. Call Silver King Charters to catch big early fall King salmon.