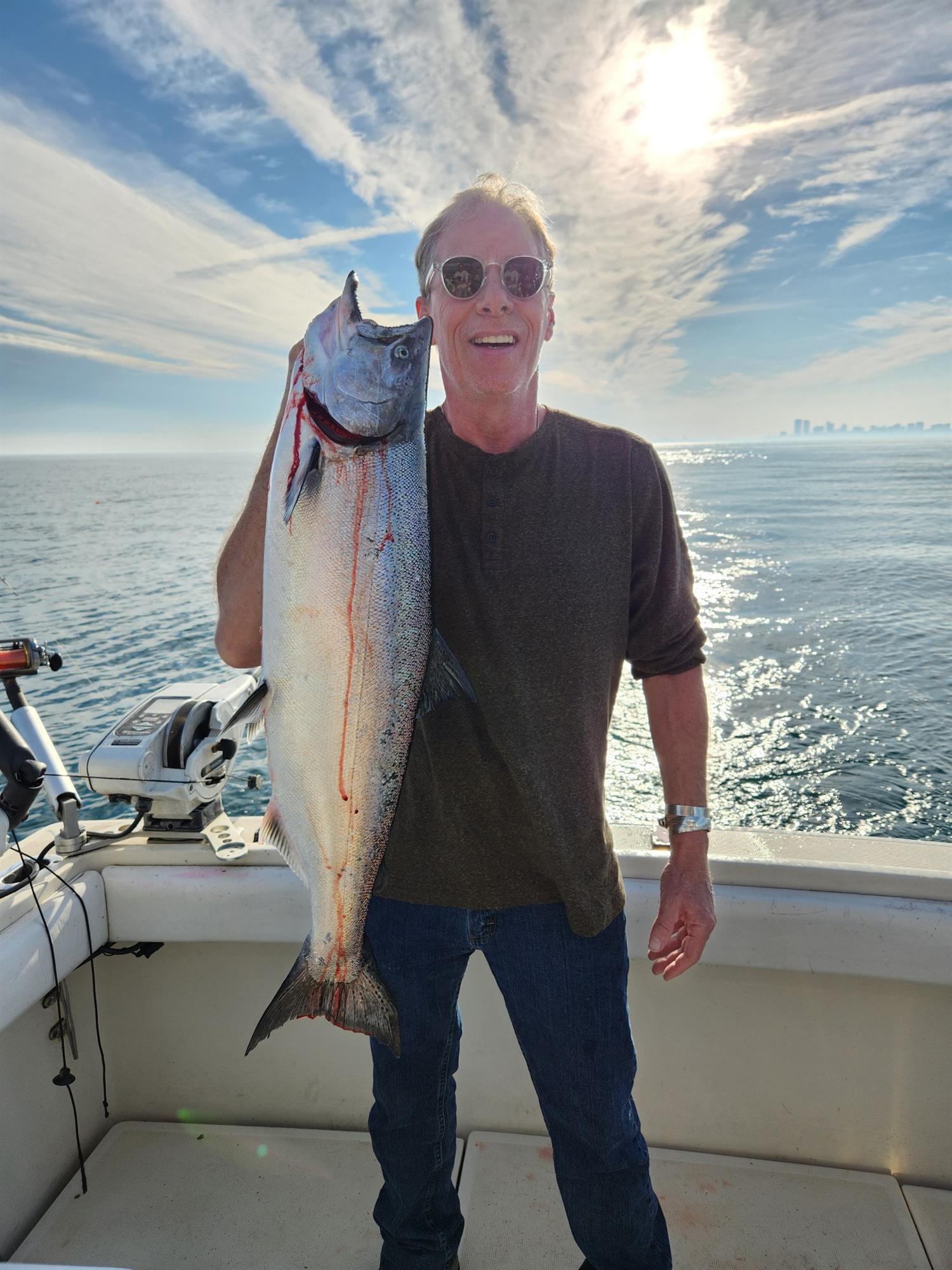 The King or Chinook salmon is one of the best fighting fish in the world and since 1967 the Pacific ocean fish has been swimming in Lake Michigan, where they were stocked to control the Alewife population. Since that time the Chinook salmon has been a favorite target for customers charter fishing Lake Michigan. The Chinook has had its ups and downs since its introduction but when we have a customer hook up on one it is something they will remember. One of our customers is holding a 15 pound October Chinook salmon. This fish is three years old and would have spawned next fall, probably weighing over 20 pounds. Chinooks can be caught throughout the season but mid June through early September is the time to catch the mature Kings and have the chance to catch a trophy King. Call Silver King Charters to catch salmon and trout Lake Michigan charter fishing.